The beautiful country of Japan. Its centuries-old history and unique culture is simply breathtaking. In the Japanese interior, everything is aimed at a harmonious combination of the human soul with the outside world, at cleansing from bad emotions and experiences.

All this is achieved thanks to the desire for minimalism, the desire to create an interior as functional as possible in the consumption of a large space with minimal use of refined additions. At the same time, the Japanese interior is dominated by naturalness and naturalness. Basically, the game is dominated by beige, pearl, milk and sand tones.

The Japanese interior can be compared with their architecture, which in general has a free national style with unique solutions and elements, unfortunately, which have already disappeared against the background of modernity.

The traditional Japanese interior contains a huge bright space, it is diluted with interior items, among which an important place was occupied by a tatami mat with straw. The size of which was about two square meters, and they were changed no more than twice a year. A futon mattress made of natural cotton was settled on the mat. Thanks to the tatami, the futon can be easily assembled and cleaned so that you can free up space. The Japanese kept dishes and things in cabinets that were built into the walls and the basement, in order to save space.

The functionality and simplicity of the Japanese interior arose due to difficult seismic conditions and capricious climate. Therefore, simple constructions have been used here since ancient times. Instead of natural stone, the Japanese used wood. They mainly created large and light buildings with sliding doors and bamboo partitions. They often represent a whole work of art, sometimes reflecting the character of the owner, but the main application is the division of the space of a Japanese house into zones. In addition, the Japanese practically do not use metal due to its shortage in the country. The national interior is designed so that the use of metal is either unnecessary or not in harmony with the furniture.

Lighting has a special role to play. By tradition, the house is illuminated with unobtrusive, soft and diffused light on the principle of the moon, and not, as in all of Europe, the sun. Such light better emphasizes elegant interior items. Each housing area has its own lighting, which perfectly matches its purpose. Lamps are made of rice paper wood, they are simple light bulbs in rectangular or spherical lampshades.

Japanese furniture has a number of features. It is perfectly smooth and is not complicated by fittings, the furniture has straight lines and angles that penetrate through the entire interior. In some places, canvases with hieroglyphs that carry a certain meaning weigh. Another feature is the low tables in the application of which, chairs are not even used. Special attention is paid to cleaning the floor, because residents sit on it, sleep, and sometimes it is even used for eating.
The Japanese interior is perfect for a person trying to isolate himself from the hustle and bustle that is outside his house. 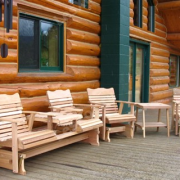 Interior design is a luxury available to everyone!

Is the virtual architecture real* 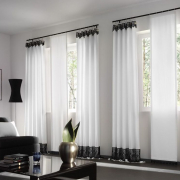 Curtain design in a modern interior* 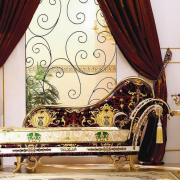 Creating The Interior Of A Small Nursery
Popular
Recent