Simplicity, lack of bright colors, tenderness and at the same time grandeur – all this distinguishes Provence, which originated in France, from other styles of home decoration.

There is a lot of urban life in it, but a lot of provincial life has also been preserved. For example, when a room is being renovated, textured decorative plaster is used as much as possible instead of wallpaper.

Moreover, unpainted places or areas are deliberately created on the surface of the walls and ceiling, where the mixture is applied with bold strokes, as if the artist was “trying on” a new set of paints.

Many designers recommend covering the ceiling with wooden beams when decorating a room in the Provence style. Some of them can be left in white and additionally aged, some can be painted in contrast.

It is believed that doorways should also be white or close to it in shades.

Of course, in order to comply with the interior concept chosen for the room, you will have to abandon plastic windows and put wooden ones. But, believe me, they are no worse than modern ones, and in some ways even more environmentally friendly than them.

Choosing a floor covering, starting a repair or a complete reconstruction of the living space, should be approached carefully. Laminate and parquet board, and especially linoleum, are categorically contraindicated for Provence.

The best option is a board that has not been processed. It can be painted in light colors or left in its original form. Decorated ceramic tiles are allowed in the dining room and hall.

Its main difference from standard samples is the trapezoidal angles, as well as the grain of the surface. The tile not only looks more attractive, but is also as safe as possible for children, because you can’t slip on it. 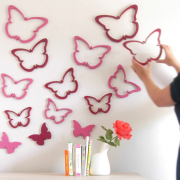 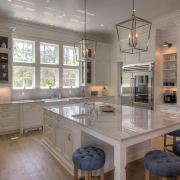 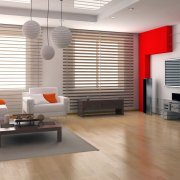 A few words about modern trends in interior design 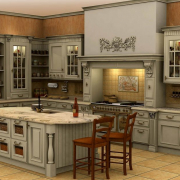 “A wonderful transformation.” Design of a two-room apartment.

“Lemon tree”. Design of a three-room apartment
Scroll to top