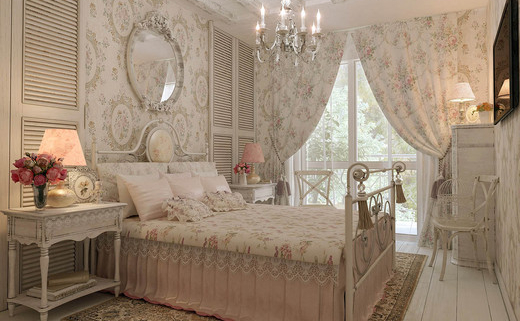 Curtains or blinds? Roman curtains or French curtains? Bright or plain? Let’s try to figure out which design option will suit your windows.

The workplace under the window helps to save space, but the curtains in this composition will obviously be superfluous. Blinds are another matter: they look strict and help to dose sunlight.

In this interior, the emphasis is on wood, and the blinds support the theme. But there are also curtains on the windows here — they not only soften the space and add new scenarios for working with light, but also (together with the slatted panels in the window walls) emphasize the vertical.

In an apartment with not very high ceilings, this is also important.

In this interior, the windows were not hidden, because, firstly, they are beautiful, and secondly, there are sofas under them. And in general, in the brutal loft curtains – calf tenderness. Well, to make their absence look like an orphan, the slopes were decorated with stucco.

The same technique, but a completely different effect. In combination with French curtains, the slopes decorated with stucco create a classic entourage.

The owners wanted to liken their Moscow housing to French apartments, and they succeeded.

Lattice shutters give the interior a Mediterranean flavor. And here they are used strictly for their intended purpose: the owners wanted their house near Moscow to remind them of Tuscany.

Shutters are visually more compact than curtains falling to the floor, so they will be a good solution for a small space. In this apartment they have three doors, which help to accurately dose the amount of light entering inside.

This is a children’s room, so the shutters were made unusual and bright, in the marquetry technique. The main trick is that their doors are divided into upper and lower sections, which open separately. In the future, when the owner of the room grows up, it will allow you to put a desk under the window.

Curtains that go behind the suspended ceiling and are gathered in large folds visually stretch the space vertically.

Residents of a house with panoramic glazing have to hide not only from prying eyes (trees do an excellent job with this), but also from the sun. And here Roman curtains have no competitors. When folded, they go to the ceiling and do not spoil the purity of the image with their presence. And in general, they are very concise.

If a built-in sofa was installed in the bay window directly under the window, then Roman curtains are the most logical option.

They certainly won’t bother anyone.

French curtains are similar to Roman ones, but they look more magnificent and playful. They are not very suitable for modern interiors, but they will be just right in a classic one. Especially if you frame them with a pair of curtains with beautiful hooks.

Interiors in which the pattern of curtains repeats the wallpaper are called “caskets”. Apparently, for the almost doll-like comfort. The authors of this interior went even further — they used the same fabric for the bedspread and picked up accessories to match.

The same technique, but in a more modern way. Fabrics and wallpaper are not the same here, but with a similar pattern, and they match in color. The shape of the headboard also continues the geometric theme. So the effect is similar.

8. Curtains with an active pattern

Curtains are the easiest way to add a little color and mischief to the interior. If you get bored, you will change it.

Bright curtains not only create a color accent, but also give the composition completeness.

Just imagine that something monotonous and neutral is hanging on the windows of this hall — the picture will simply fall apart.

Nowadays, even in traditional interiors, curtains can be the most common – just two sheets of fabric. But if you decide not only to pay tribute to the classics, but to delve into history in more detail, say yes to lambrequins.

If you decide to follow exactly one of the historical styles, then the curtains should be appropriate — this is as important a part of the image as the furniture.

For example, in Empire interiors, curtains resemble a military banner. 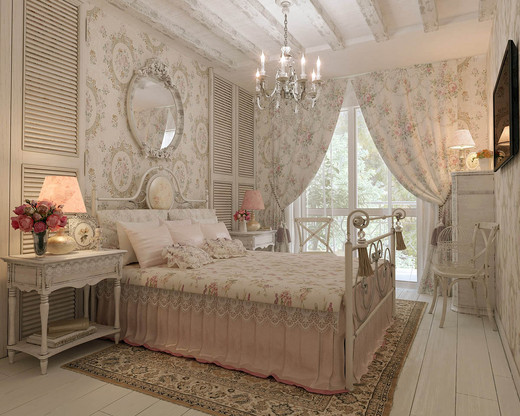 How to design a window 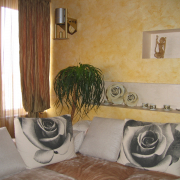 “Fog over the Thames.” Design of a three-room apartment.

“Afroremont”. Design of a three-room apartment.

Turning a one-room apartment into a palace 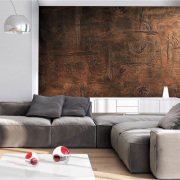 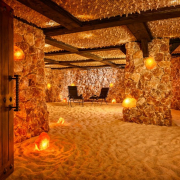 What should be the interior of the salt room?