To date, certain styles can be clearly distinguished in the design of an office space. Which style to apply depends entirely on both the tastes and financial capabilities of the consumer. Each of the styles gives the appearance of the office a certain appearance. The following styles are most often used: modern, Art Deco, high tech, Empire, constructivism, eclecticism, fusion and minimalism. Let’s try to figure out what is behind each of them.

If you decide to rent a room for an office and it needs to be given the features of elegance, rigor and sophistication, classical styles are more suitable. These include the Empire, Baroque, Art Deco and Modern styles. These styles, whose distinctive features are conservatism and respectability, will never go out of fashion. Using one of the classic styles for office decoration, you can emphasize the status of the company, its importance and leadership.

However, it should be remembered that the design of the company’s office in a classic style is not a cheap pleasure. After all, as a rule, each piece of furniture is made in a single copy, and only high-quality wood species are used for this. The office of the head of the company will look quite presentable if you use a classic style for its design, the office of a young company can be decorated in a modern style. So, we can recommend other styles described above. Modern style is used quite often in the interior design of the office, as it does not require large financial costs, and also meets the spirit of the times.

The main difference in furniture made in a modern style is its inherent comfort, practicality and versatility. In addition, the interior can be decorated in various directions, for example, futuristic or cosmic. Visual accents can be placed using installations made in the style of pop art for these purposes. It is possible to give uniqueness and uniqueness to an office space with the help of styles such as fusion and eclecticism. It is thanks to them that you can erase the framework of specific design styles. They imply a mixture of several styles into one. At first glance, it is possible to distinguish a certain presence of chaos here. However, in fact, all the elements of the interior are harmoniously combined and combined with each other, although they belong to different styles. The use of these styles requires some caution, so that all this does not turn into bad taste. 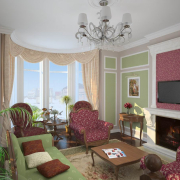 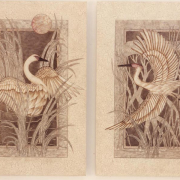 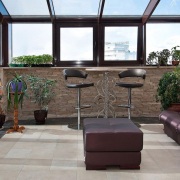 Turning a one-room apartment into a palace

Feng shui for the living room
Scroll to top