The initial “material” to work on was a two-room apartment in an old house. The redevelopment solution meant combining two zones – the kitchen and the hall – into one space. It is proposed to arrange a bedroom isolated in the far part of the apartment, near the bathroom. The living area is the central part of the apartment, it is combined with the kitchen and dining area, isolated from the hallway and corridor. There is a cozy soft corner with a coffee table, everything is conducive to relaxation and pleasant watching of TV and video. The kitchen area is raised to the podium, which allowed it to be visually and functionally separated from the guest area.

Such use in stylish spaces separated two opposite zones without overloading the premises with unnecessary architectural elements.

In general, the interior of the apartment is designed in a minimalist style that combines tradition and modern technology. So the technology of the West in finishing materials is skillfully combined with the forms of furniture and decorative panels of the East. The free ideas of the West and the wise philosophy of the East do not contradict, but complement and harmonize the space. Thanks to the designer’s non-standard approach, the apartment has acquired maximum functionality, comfort and a modern look.

The public gets tired of bright colors and festive revelry of forms. And then she begins to be intrigued by the power of emotions hidden behind the restraint of decisions. Or maybe it’s designers and architects who create fashion styles and lead customers? Whatever it was, the interconnectedness of these processes is obvious. An example is the unanimous positive assessment of the EAST-WEST project.

Residents of Ukraine, a country that lies both in the center of Europe and on its borders with Asia, with its historical multi-vector nature, are hungry for projects that would meet their historical taste as fully as possible. Of course – the East, with its restrained colors, modest forms and an increased sense of responsibility for the functionality of each thing! Of course – the West, with its love of comfort, democratic lifestyle and increased craving for mechanization of life! But not in the opposition of concepts, but in organic unity, according to the will of the Author.

The layout with a clear zoning in this project resembles a geographical map of some unknown exotic countries and, at the same time, a scale of contrasts or a schedule of transitions from one gradation to another: a rigid dining room – a soft corner in the living room with an “additional window” in the form of a TV, the freedom-loving element of water in the pool and the spacious comfort of the bedroom, where everything should rest, including emotions…

The main achievement of the project is the author’s mastery of the art of filling rooms with light. In each of the zones, light of different intensity comes from different, often unexpected or innovatively arranged sources. For example, what is the cost of just one Line of Light in the bedroom! It stretches along two walls, creating a feeling of infinity and tranquility. In addition, the Line of Light is an explicit allegory of the line of separation of the spheres of the upper and earthly spheres, which, nevertheless, are equally and irrevocably subordinated to the Feeling of Love. 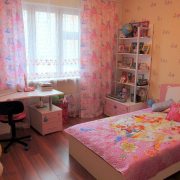 Decorative ideas for improving your home 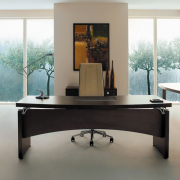 Office of the head of the company 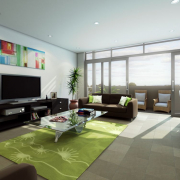 “Classics of Romanticism”. The design of a duplex apartment. 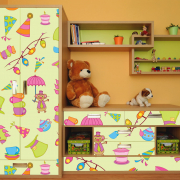 10 ways to create a romantic atmosphere in the bedroom

“”Soft geometricity”. Design of a two-room apartment.
Scroll to top