The search for the style of a two-room apartment in the center of Kiev was reduced to a minimum – “Japan” and “nothing superfluous”. The owner, a master of martial arts, is not indifferent to Japanese culture. Therefore, the interior is designed in the best Japanese traditions, but in a modern “processing” of minimalism and functionalism. And the planning decisions were determined by the European way of life. The customers decided to abandon the guest bathroom (a family of two people did not need it). This room was turned into a laundry and drying unit. The balcony, almost connected to the kitchen, was transformed into a place of rest, reflection and meditation. Large dressing areas appeared in the hallway on both sides of the entrance door (a separate dressing room was equipped in the bedroom). Sliding partitions were installed between the hallway and the living room. The entire interior is distinguished by a minimum of furniture.

Sliding partitions, wardrobes “under partitions”, not overloaded wall surfaces, shapes of lamps, Japanese bonsai – all this is characteristic of traditional Japanese interiors. There are also reed and bamboo coverings of walls and ceilings, beams on the ceiling, traditional sliding curtains on the windows, squat furniture and characteristic floor decorative pillows. The picture is unobtrusively complemented by a collection of samurai swords, as well as Japanese paintings and calligraphy on the walls. In the kitchen, everything is designed in the “mini” style – regular geometric shapes, built-in appliances. The bathroom has a combination of contrasting brown and white tiles. Plumbing is also selected in the style.

We can say about this interior: this is probably how a Japanese person lives, who honors traditions, but strives to live a modern active life.

The authors of the project created their own picture with chopped clear lines, similar to short powerful verified strokes of a karate master (but it is known that any style in karate is necessarily associated with the natural world, and naturally originates from the natural). Such a style, both from the point of view of a disinterested viewer, and from the point of view of specialists, represents a perfect, almost perfect picture (“almost” – because only the Creator and what He created are ideal …, but not by man).

That’s what pleases the eye so much in the created style: here you can guess the rhythmic repetition of lines of poems, rows of notes, rhythmic strokes of oars and movements of windmill wings. These are also frozen traces of circles on the water…

With static forms, the space of the apartment lives – thanks to the competent use of decorative details in the form of natural elements of painting and color accents. An example is an active spot of the wall in the kitchen, which is “in the right proportion in the right place.” It is natural, just as a bright sunset on the horizon is natural in nature. He only leaves behind a charge of good energy, presented to the viewer by the messages of flash rays.

The apartment project, created using a symbiosis of many recognizable elements of Japanese culture, is geometric, but at the same time restrained. It lacks aggressive angles and a combination of flashy colors. Everything in it is in accordance with the basis of the foundations of Eastern philosophy, which teaches: “Wisdom is a sense of proportion in everything.”

That’s what we lack so much in everyday modern life, which compulsively dictates the style of consumerism at any price and to incredible magnitudes. Without warning, however, that from satiety you can get sick and self-destruct. 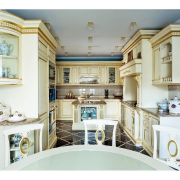 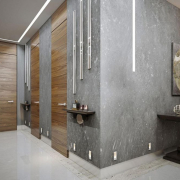 Glass in a modern interior

Interior
You can find my works in the portfolio section. I will be glad to help each customer by investing all my knowledge and a piece of my soul into the development of an interior design project. If you have decided to resort to my services, then I will be happy to meet with you.
“Creme brulee”. Design of a two-room apartment.

“East-West”. Design of a two-room apartment.
Scroll to top